An Orca Mother Grieves: Tahlequah and her Calf

I was deep in the Saguenay Fjord and the St. Lawrence River of northern Quebec, on retreat with some of my beloved cetacean friends, when the news came: an orca whale mother, Tahlequah, also known as J35, a member of the critically endangered southern resident orca population of the Pacific Northwest, had given birth to a female calf…who lived for only 30 minutes. The calf was emaciated, and didn’t have enough blubber to stay afloat.

Tahlequah made headlines around the world as she carried the body of her dead calf at the surface of the water, sometimes on her head, sometimes in her mouth, for at least 10 days, in a heartbreaking “tour of grief”, as one of the foremost experts on her pod and her family, Ken Balcomb of the Whale Research Foundation, called it.

*update: on 8/11/18, Tahlequah was seen without the body of her calf, and appeared healthy. She’d carried her for 17 days and over 1000 miles. More info here

“What can I really know and understand of your life?” I once asked one of my humpback whale teachers, as I pondered the mystery of her migration, her life in the Atlantic Ocean, her life as a whale, so different in scope and perspective from my own.

I thought about this communication as I felt the depth of Tahlequah and her pod’s grief, and the desperate and dire situation that they are in. I’ve connected and communicated with the southern resident orca population for many years, and have felt a significant shift in their communications and the essence of what they are sharing in the last several years. They are in trouble as a community…big trouble. They are starving, with supplies of the salmon that they need for life endangered by over-fishing, pollution, and habitat destruction, which includes the dams on the rivers which critically impact the lives of the salmon. 75% of newborn orcas in the southern resident population in the last 20 years have not survived, and in the last three years, 100% of the orcas’ pregnancies have failed to produce viable calves.

Since the autumn of 2016, and the deaths of the J-pod matriarch, Granny, and the captive orca, Tilikum, at Sea World, I’ve been hearing more and more from people all over the world who are having dreams and visions of and with the orcas. They share a common theme: humans are being engaged in communication and direct connection with the orcas, who have deep wisdom and also strong warnings to share.

I connected with Tahlequah, and asked permission to communicate with her and to witness and try to understand her experience. I was flooded with waves of grief, despair, and also a physical understanding of her compromised body, her malnutrition, her weakness. She is aware of both her calf’s death, and the impact of this death for her family, her pod, her community.

We are dying, she communicated, with a wave of knowledge, sensation, and clear understanding.  We don’t have enough to eat, our family structure is severely impacted; our language and communication with each other affected by the physical pressures in our environment…my baby was a great hope for our pod…this grief and despair is shared by us all.

She was aware that her baby wasn’t breathing and couldn’t stay afloat, and, shocked by grief and her own compromised physical situation, she did what she knew how to do: bring her to the surface to breathe…hold her body afloat…carry her dead baby through the waters of their ocean home…surrounded and supported by her pod, her family…their waters poisoned, compromised, dying.

One does not need to be an expert in interspecies communication to understand this grief, this despair. We simply need to feel each other…to recognize our shared sentience, our shared awareness, our shared capacity to feel, to mourn, to suffer.

In her essay for the New York Times, “The Orca, Her Dead Calf, and Us”, Susan Casey writes:

To learn the orcas’ natural and cultural history is to understand how closely connected a mother and calf are, how tight-knit their bond. Like us, orcas are self-aware, cognitively skilled individuals that communicate using their pod’s signature dialect. Unlike us, their core identity is communal: It encompasses not just themselves, but their family group. The idea that Tahlequah is grieving her dead calf is not some sentimental projection. Science strongly backs it up.

And, the Center for Whale Research shares that after the newborn’s orca’s death, a resident of San Juan Island near Eagle Cove reported:

At sunset, a group of 5-6 females gathered at the mouth of the cove in a close, tight-knit circle, staying at the surface in a harmonious circular motion for nearly 2 hours. As the light dimmed, I was able to watch them continue what seemed to be a ritual or ceremony. They stayed directly centered in the moonbeam, even as it moved.

Tahlequah also showed me that she was aware of the humans watching her, the human researchers and community members who know her and care for her…and that she, and her pod, are aware of both the humans who love and care for her, and also of the impact that our species has had on theirs.

There is no whitewashing this…no getting around it. While they recognize those of our species who have an intention to help them, and those who regard them with respect and awareness, they regard our species as a whole as undeveloped, lacking awareness, and largely ignorant and unconscious. They view us with sorrow, sometimes with anger, and also compassion…the compassion of those who are more aware as they witness our ignorance. They also carry in their collective memory and awareness the violence, the killing, the taking into captivity of so many of their kind. They know what has been done, and they show us the consequences of our actions.

This is more than a plea to “save the whales”, “save the oceans”, “save the planet.” In many ways, the time for this kind of “saving” has long passed. Certainly, we need to do everything that can be done, and quickly, to mitigate the devastating effects our civilization has had on them. But we, and they, may have reached, or passed, a tipping point. What Tahlequah and her pod are showing us, and asking of us, is nothing less than a full accounting, a full witnessing, and a full engagement with the reality of their lives, and our lives together on our planet.

What is being asked of us, by the orcas, and so many others of our non-human wise ones and elders, is to grow up and show up: for them, for ourselves, for our planet. To sit with them in council, to allow them, as our elders, our evolutionary leaders, to teach us…to guide us…to show us another way. This isn’t easy, and it’s not as simple as many new age pundits would have us believe. We are being asked to do the hard soul work…of being present with suffering, our own, and theirs…with pain, with the destruction of our planetary home…of recognizing the sacredness and the sentience of all life, not just human life…and of humbly listening, learning, and seeing.

Will it be sufficient to change things for Tahlequah and the myriad other species who are close to leaving the planet? We don’t know. “Death is certain, and comes without warning”, states one of the Buddhist Four Reminders…an invitation to contemplate death, and, as one teacher says, “practice as if our hair were on fire.” Extinction is death on a massive and collective level…and we are witnessing it daily, in species large and small. We have had warning…and yet, the outcome and the timing remains to be seen.

Can we hold Tahlequah’s suffering, and the suffering and grief of her orca family, in our consciousness, in our awareness, in our hearts? Can we see her, clearly, as she is, in her grief, her suffering, her physical distress, and also the beauty of her spirit, her sentience, her awareness? Can we do this without spiritual bypassing, “lightwashing”, making it somehow “all okay” or “for a greater purpose?” Can we do this for ourselves, as a human species? Can we witness each other’s pain, despair, starvation, grief, separation? Is there a difference between an orca mother’s grief and despair over the starvation and death of her baby, and the despair and grief of a human mother whose child dies from malnutrition in a refugee camp, is killed on a city street or in a school shooting, or in a dangerous migration across a hostile border? Tahlequah invites us to see the ways that we are like her…the way that our lives and hers are not so different, although we inhabit vastly different worlds.

Tahlequah and her pod have offered us a poignant, heartbreaking invitation to see them. They have given us a window on their world. They offer us their awareness, their sophisticated intelligence and understanding, their ability to communicate with us in non-linear ways, through dreams, visions, and direct telepathic communication. They invite us to not only see, feel, and witness them, but to learn from them, to allow them to mentor us and teach us, from the perspective of their unique awareness and highly-developed consciousness. We can start by simply being willing to hear, to see, to listen, to dream and be dreamed. 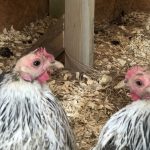 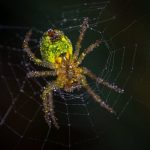