Angel in a Cat Suit And, even still, there are moments when an animal touches me so deeply, so profoundly, and with such presence that I feel my breath catch, my eyes fill with tears, and my heart fill until it seems that it will burst.

This is the story of one of those encounters, with a beautiful cat named Chester who accompanied me and my family in my mother’s last days and her transition to the spirit world.

My mother died in June of this year after a long and difficult journey with dementia. Anyone who has lost a family member, animal or human, to dementia will understand the particular grief of losing a loved one slowly, over time, while his or her body is still living. My mother’s final years were arduous, marked by extreme physical pain and rapid progression of her illness. After a lifetime of physical health and strength–I don’t think she even went to a doctor until she was in her 60s–the end of her journey was very hard.

So I felt a mixture of grief and relief when she was finally able to release her body and return to Spirit. My brother and I laughed and cried as we realized that Mom’s leaving was exactly like what we used to call the Long Goodbye (and to tell the truth, this often came with eye-rolls, as leaving Mom’s house was usually a lengthy process). She’d start in the kitchen: “Goodbye!” then move to the living room…more “Goodbye!” hugs, last minute add-ons…then move to the front door…“Goodbye!”…then down the front steps to the driveway…“Goodbye!” Sometimes we’d still be saying “Goodbye!” as we drove away.

Her death was like this. After my father died, she carried on as long as she could…longer than she should have…in her own house. Then came the hospital…the rehab…the assisted living…the memory care facility…all in short order.

One of the last good days Mom and I had together was in June 2012, when Mom and my brother and his family came to visit me here in Arizona. Mom had good days and bad days on that trip, but on one of the good days I was able to take her on a drive up Oak Creek Canyon, show her Sedona, and have lunch in Flagstaff. This photo is from that day, and it is how I choose to remember her: Traffic Cop for the Spirits

When I received the call from hospice that my mom was in her last days, I traveled to Minnesota to be with her and my family. When I arrived at the nursing home that first night and stepped off the elevator, I was met in the hallway by Chester, the resident cat.

The facility where my mom lived has both a resident cat and dog, who are animal ambassadors for the residents and their families in so many ways.

Chester met me in the hallway and looked deeply into my eyes with tremendous presence and awareness. He then communicated to me:

I know why you’re here. I’m the one in charge of making sure that the spirits get to where they need to go. Come with me.

And with that, he turned and escorted me down the hallway to my mother’s room.

We spent the weekend with Mom, saying our goodbyes. Most of that time, day or night, Chester kept vigil in an armchair in the hallway outside of Mom’s room. Over the course of that time, I asked Chester more about his work and his perspective. He said:

My main job here is to help the spirits. There are lots of them coming and going. I like the people here, and I enjoy it when they pet me and appreciate me. But I don’t like to cuddle and I don’t want to be picked up. That’s not what I’m here for. That’s the dog’s job! (Baxter, the resident Golden Retriever, loves to be cuddled and hugged.)

Sometimes the spirits need help getting to where they need to go. When someone leaves their body, sometimes they go straight up and out (he showed me a column of light, very straight and strong). But sometimes they get lost or confused (he showed me the light more diffuse, spread out, and kind of heavy and stuck near the ceiling of the room). When that happens, I direct them to where they need to go, so they can find the opening and go up and out.

Sometimes there are spirits that come through here who don’t belong here.

He showed me a particular portal through the skylight in the hallway directly above his chair. Over the weekend, I noticed him watching this skylight, and the clouds beyond it, whenever he was awake.

They don’t bother me, but they are not supposed to be here. When they are lost and don’t belong here, I show them the doorway, too. It’s my job. I’m very good at it.

I shared Chester’s communication with a few of the staff who were open to hearing it. (As it turned out, the director of the facility has taken animal communication classes and is a Reiki Master…what a gift!)

One of the night staff told me that she had often seen Chester doing exactly what he described: he’d look intently off into a corner, and then slowly follow with his eyes, and sometimes his body, down the empty hallway during the night hours when most residents were sleeping.

Chester’s communication was matter-of-fact, direct, and straightforward. Over the course of the weekend, I noticed that his interaction with me, my family, and the residents and staff always had the no-nonsense quality of someone who knew his job and did it well. I dubbed him the “Traffic Cop for the Spirits.”

A couple of hours later, we got the call: Mom was gone. With tears and relief, my brother, his family, and I returned back to the nursing home to say a last goodbye.

I was the first one to arrive. As I walked down the hallway to Mom’s room, Chester was there waiting, sitting quietly in the middle of the hall. As I greeted him through my tears, he turned and walked with me to Mom’s room.

The entire weekend, Chester had stayed outside Mom’s room, but he had not come in. That night, however, he walked into the room with me, strong and alert. I watched as he looked in all the corners of the room, up and down, up to the ceiling, down to the floor, and then slowly walked in a circle around Mom’s room, finally stopping at the bed where her body lay.

He then looked directly at me and said,

Yes, she’s out. She made it, she got where she needed to go. She went straight up and out, and the helpers on the other side [he showed me beings of light with expansive, pure energy] caught her right away.  She’s not here now. It’s good.

And with that, Chester turned and went back to his post on the chair in the hallway.

When my brother and his family arrived a few minutes later, Chester came back into the room. He repeated his circle, and then went and greeted each person directly, especially my nieces. He then took one last look around, and, in true cat fashion, walked into the hallway, barfed on the carpet, and hopped back into his chair.

Later that night, as I returned to my hotel room and finally began to fall toward sleep, I felt my mom’s spirit surrounding me. She was filled with peace, and she blanketed me with gratitude and love. Yes, she had gotten to where she needed to go. I saw her being tended to with great gentleness and compassion by angelic beings, who were taking special care of her as she transitioned into her new form without her broken body.

As I moved through the next few days of funeral arrangements, contacting relatives and friends, and all the other things that need to be done when someone passes, I continued to reflect on the gift that Chester gave us.

Chester’s deep awareness of his purpose, his mission, his job, combined with his straightforward, no-bullshit understanding of the spirit world, inspired me. We all needed his clarity…his gift…and his precise awareness of the transience and impermanence of the physical body, and the eternal presence of the spirit/soul.

Chester’s expression of his loving heart came not with purrs and cuddles, lap snuggles and kisses, but with his ability to hold a very deep and clear space for people through the dying process and beyond, as well as for their families and the “stray spirits” who lost their way.

As I recognized and honored Chester and his gifts, offering him my gratitude and respect, I heard him say:

I love it here. I love my life and my job. I feel very comfortable in a place where the people can see some of the things that I see. When their bodies and minds get “mixed up,” they often can see into the worlds that I see all of the time. I like that. Of course, I handle it all much better–that’s why I’m the helper. And I’m well cared for and can sleep in the sun whenever I want to. It’s a very good life for me.

I’d like people to understand that there are lots of worlds that can be seen if you simply shift your awareness and look at them. I’m a cat, so I’m really good at this, but people can learn to do this, too. It just takes some practice. If you sit with me, I’ll show you.

And with that, he walked back to his chair in the hall and settled in for a long nap. Thank you, Chester, for being our angel. You wear a beautiful cat suit, and your spirit is as big and bright as the stars. 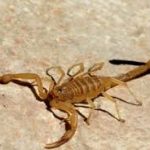 Wisdom from the Animals: ScorpionAnimal Communication, Wisdom of Animals 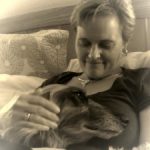