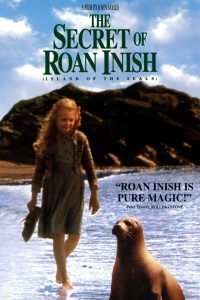 Like all of us these days, I’ve been watching more films online than I did pre-pandemic. As an empath and sensitive person, I often have a hard time finding films that I enjoy and that truly speak to my soul. I can’t tolerate and don’t enjoy loud, violent, or frightening films…even ones that many other people find enjoyable and interesting.

So when I find films that are beautiful, gentle, heart-full, and also promote a deep awareness and understanding of animals, the Earth, and spiritual awareness, I get excited. Here are few of my favorites…I may add to this list as time goes on! 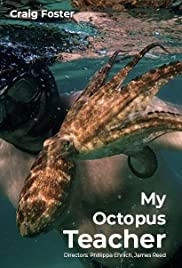 A filmmaker forges an unusual friendship with an octopus living in a South African kelp forest, learning as the octopus shares the mysteries of her world. The awareness, beauty, understanding, sensitivity and respect for the octopus and her world, the stunning visual beauty of the underwater videography and the amazing free diving,  and the depiction of the transformative effect of this beautiful interspecies relationship makes this a must-see, in my opinion. Streaming on Netflix. Watch trailer here or on Netflix .

Call of the Forest: The Forgotten Wisdom of Trees (2016 Documentary)

This documentary features scientist and acclaimed author Diana Beresford-Kroeger. The film follows Diana as she investigates our profound biological and spiritual connection to forests. Her global journey explores the science, folklore, and restoration challenges of this essential ecosystem.

Beresford-Kroeger explores the most beautiful forests in the Northern Hemisphere from the sacred sugi and cedar forests of Japan to the great boreal forest of Canada. She shares the amazing stories behind the history and legacy of these ancient forests while also explaining the science of trees and the irreplaceable roles they play in protecting and feeding the planet.

I love this film, and so admire this respected botanist’s groundbreaking work in understanding the wisdom and sentience of trees, forests, and all life. Watch the trailer here.  Available for streaming on Amazon Prime and for purchase on the Call of the Forest website.

When a young Irish girl named Fiona goes to live with her grandparents on the west coast of Ireland, she hears stories about the mythical creatures called Selkies who can shift from seal to human form. After she ends up on the small island of Roan Inish, she believes she may have found her missing brother living by the sea and a world of Selkies. Available on DVD, Netflix,  YouTube, and Amazon Video.

Drawing from over 100 hours of never-before-seen footage that has been tucked away in the National Geographic archives for over 50 years, award-winning director Brett Morgen tells the story of JANE, a woman whose chimpanzee research challenged the male-dominated scientific consensus of her time and revolutionized our understanding of the natural world. Set to a rich orchestral score from legendary composer Philip Glass, the film offers an unprecedented, intimate portrait of Jane Goodall — a trailblazer who defied the odds to become one of the world’s most admired conservationists. See Trailer on National Geographic Documentary Films.

Only males are allowed to ascend to chiefdom in a Maori tribe in New Zealand. However when Pai’s (Keisha Castle-Hughes) twin brother who has been selected to be chief dies she enlists the help of her grandmother (Vicky Haughton) and the training of her uncle (Grant Roa) to claim her birthright.
Available on Amazon Video and Pluto TV. Watch trailer on YouTube 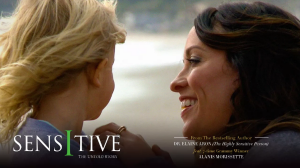 Sensitive -The Untold Story is based on the findings of bestselling author-psychologist, Dr. Elaine Aron and features 7-time Grammy winner, Alanis Morissette.

This is an excellent film that illuminates both the blessings and the challenges of being one of the 20% of beings with the trait of high sensitivity. (This trait is not just found in humans — over 100 species of animals have been studied, as well, and the percentage of the trait is the same.)

“[Sensitive-The Untold Story] covers such a dense amount of information, and such a wide range of how and where this trait shows up… all done in a way that is very clear, and intelligent and touching… It is an honor to have been a part of it, and to be part of this generous outreach to so many HSP’s and their loved ones. Such a major contribution to the world.” – Alanis Morissette

Watch the trailer and movie here, also available on Amazon.

Fantastic Fungi is a consciousness-shifting film about the mycelium network that takes us on an immersive journey through time and scale into the magical earth beneath our feet, an underground network that can heal and save our planet. Through the eyes of renowned scientists and mycologists like Paul Stamets, best-selling authors like Michael Pollan, Eugenia Bone, Andrew Weil and others, we become aware of the beauty, intelligence and solutions that fungi kingdom offers in response to some of our most pressing medical, therapeutic, and environmental challenges. See the trailer, info, and film here. 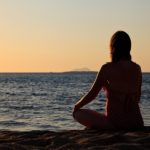 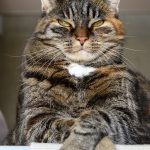