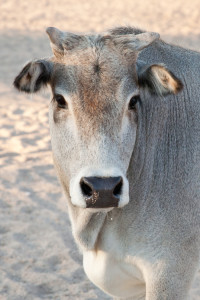 Part of a two-part article published in Species Link Journal in the Summer and Autumn, 2009 issues. in which many animal communicators write about the ethics of diet. To read the entire article online, Click Here.

Ironically, for me, becoming an animal communicator coincided with shifting away from my previous vegan lifestyle. I have had my own deep journey with this question, and perhaps the understandings I have reached with the help of the animals may be helpful for others who are struggling with this issue.

I remember asking the very same question as Jean (“How can you eat animals or animal products when you can communicate with them?”)  when I first started my formal animal communication training several years ago. At that time, I had spent many years working in animal rescue and advocacy, and had volunteered for organizations with strict vegan codes of ethics. I became a vegetarian in my early 20’s, and in my 30’s, adopted a vegan diet. When I began my animal communication coursework, I remember being quite surprised that there were animal communicators who were not vegetarian. I am thankful that many of my colleagues and teachers were willing to have honest conversations with me about this issue, and I came to a greater understanding of the variety of views and determining factors that go into personal lifestyle choices.

By far my greatest educational conversations, however, were with the animals. When I started really listening to what the animals had to say, and put aside my own ideas and agendas about what their lives should be like or were like, my perspective changed, and I realized that my sometimes judgmental and self-righteous ideas were not shared by the animals.

I learned through listening to the animals that they incarnate into food animal bodies for many reasons. Some really appreciate being able to nourish others with their bodies, and know that they can return after their deaths to another type of body and life experience if they choose. Some choose a food animal experience because of karmic issues they are working out, or a desire to have a particular type of life experience. The reasons for these choices were varied and individual. I learned that many animals have a very pragmatic sense of life and death, and that being prey, losing their body so that another may have sustenance, is sometimes not a big deal to them.

I also learned greater love and respect for my own animal body from my animal teachers. Animals taught me to listen more deeply to the needs of my own body, and what was important for my own optimum physical health. Nutritional needs vary by individual, and can also vary during the course of a person’s lifetime. When I really started listening to and honoring my own body, rather than imposing my intellectual ideas about what was “right” on it, I realized that I was much healthier when I included eggs, some dairy, and fish in my diet.

This was a difficult adjustment for me mentally at first, because of all of my ideas about what was “right” and “ethical.” I am much more effective in all that I do, including my animal communication work, by adopting a diet that is healthier for my own particular body. I know some animal communicators whose bodies need to have meat products for optimum health; other people do much better on a vegetarian diet. There is as much individuality in the needs of human bodies as there is in the rest of the animal world, and animal communicators are no different in this regard than any other group of people.

I also had to face the degree to which I was projecting my own unrecognized and unhealed pain onto the animals. Focusing on animal suffering at one time in my life was a mechanism I used to avoid facing the pain that I carried within me. With the animals patiently teaching me and helping me, I learned to face my own pain without projecting it onto them. As I did this, I realized that sometimes I assumed that animals were suffering when, in fact, they were not. This was a humbling and eye-opening experience for me, and ultimately extremely instructive as I sought to deepen my experience as an animal communicator.

This is not to deny the reality of animal suffering in our world, particularly the suffering of food animals in modern factory farms. I do not believe that there is any justification for the cruel practices of modern factory farming, and the unnecessary suffering caused by these practices makes me much more conscious of making ethical choices about the animal products I may choose to consume. It is important to support organic farming, humane treatment of food animals, and in general, to make food choices with conscious awareness of their source. I try to only take what I need, and to do my best to be conscious of the source of the animal products I choose, and also to express gratitude for the gift of anything I take into my body as food.
It is an imperfect world, and our choices are imperfect. What I have learned from the animals is that militancy on any issue really is not helpful and only alienates those we may seek to help. Anytime I make someone else wrong for their choices, I put out more combative energy into the world, which perpetuates more of the same.

What I have learned from the animals is tolerance, respect, and honoring each individual. This has made me a better, more compassionate person toward other humans, and much more tolerant of those whose lifestyles or choices are different than my own. Listening to the animals’ wisdom, benevolence, and understanding of the fragile and temporary nature of physical life has made me much more willing to accept other humans’ choices, and to recognize there are no perfect choices. 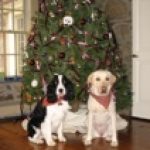