Why I Want My Job to Become Obsolete 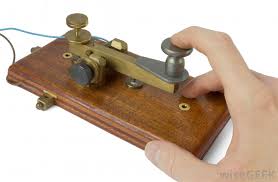 My paternal adoptive grandfather was a depot agent and telegraph operator for the Great Northern Railroad. He worked in small towns in North Dakota and northern Minnesota, living with his family in the train depots and managing the arrivals and departures of the freight and passenger trains that moved through the great plains in the 1930s and 1940s. 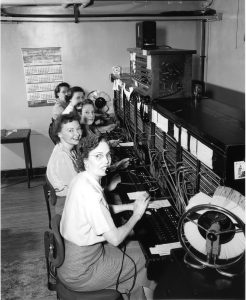 My mother worked her way through college as a telephone switchboard operator. She worked at a big bank of wires, back in the days when “party lines” were still the norm in the rural Midwest.

These occupations are now obsolete, part of a way of life that is no longer in our cultural reality.

I’ve been thinking about this a lot lately, as I often say to myself and to other people,

I’m looking forward to the day when my job as an animal communicator becomes obsolete.

I mean this in all seriousness. I truly believe that my mission is to work myself out of a job…that the contribution I make will help to create a world where this work and my services aren’t needed. I’ll gladly find something else to do…or sink gratefully into spending my days floating on rivers, listening to dragonflies, and swimming with whales.

I say over and over again that the ability to understand and communicate telepathically with animals and all life is not a special gift…it’s available to everyone, and it’s our birthright as sentient beings. It’s simply a language, and although it’s a language that many humans have forgotten, it’s a language that more and more people are starting to remember and use.

Our world is changing. When I started in this field 10 years ago, after leaving my job as a professional pianist and music teacher, it was still considered “on the fringe.” Most people didn’t really know what an “animal communicator” was, and assumed that it was something that people did sitting on vortexes in the southwest, wearing tie-dye and smoking weed. Most of my friends and family at the time were fairly certain I’d gone off my rocker in the Mother of All Mid-Life Crises, and hoped that, sooner or later, I’d come to my senses and return to some semblance of normalcy.

Thankfully, that didn’t happen. (I do sit on vortexes and have some tie-dye in my closet…but I don’t much like weed.) 🙂

And in the meantime, things in our world began changing more and more rapidly. Now, a decade later, animal communication is considered, at least in many circles, as a respectable profession. When I tell people I’m an animal communicator, I’m likely to get one of two responses: “Oh, I have to tell you about my dog/cat/horse/fish/rat friend,” or “Oh, wow, that’s really great!” …in all sincerity, with no eye-rolls.

I’m talking to schoolkids about my work; I’m being interviewed in “regular” media, not just the new-age outlets, and people are coming to me for career advice and mentoring in this field.

I had a young woman contact me not long ago who was trying to make a decision between becoming a professional animal communicator and a veterinarian. While I encouraged her to follow her intuition and her heart as she made her choice, I couldn’t help but feel a little conflicted.

I love the fact that being a professional animal communicator is seen as being a viable career choice, and that this work has come down from the land of the airy-fairy and into the “real world.” And yet, my first thought was,

Our world needs veterinarians who are animal communicators.

Can you imagine with me for a moment what our world might look like if we had government officials, teachers, health care professionals, politicians (!), animal care workers, lawyers, farmers, truck drivers, postal service workers, artists, actors, service industry workers, electricians, name-any-other-profession-you-can-think-of for whom fluent interspecies telepathic communication was simply a way of life?

Think about it. Imagine a society where communication with all life was a given; where both human and non-human beings were understood, respected, and listened to. Can you imagine this world? I can. This is the world I want to live in, and the world that I truly believe we can create.

There was a time on this earth when the ancient peoples lived in this way. There are places in the world where this way of being, this knowing, has never been forgotten. At a very deep level, I believe that all humans have in our ancestral memory the knowledge that this way of being and living is not only possible, it’s what we’re here for. 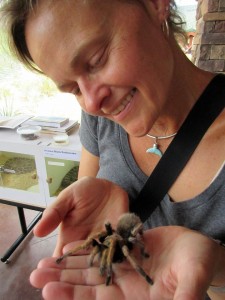 So my work is to help people to remember; to open into the deepest places in our spirits and bodies where we know we are deeply connected. We remember that place where we know that while you and I may have different bodies with different experiences and different perspectives, at a fundamental level, we can deeply understand each other through the universal language, the universal energetic “telephone line” of connection, of communion, of love.

It begins with love. It ends with love. It’s all love. When we can truly love another being, and drop into their perspective, their experience, their understanding, their viewpoint, we can truly listen, respond, and shift whatever needs to shift in order to understand each other more fully.

Imagine. If we can imagine it, it can begin to enter our reality. John Lennon channeled this wisdom nearly half a century ago…and it remains true.

Love is the greatest power in the Universe. It is the greatest healer & it transcends all the boundaries & borders we have created with our own self-limitations.  -Rama Jyoti Vernon 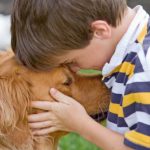 Our World is ChangingAnimal Communication, Children